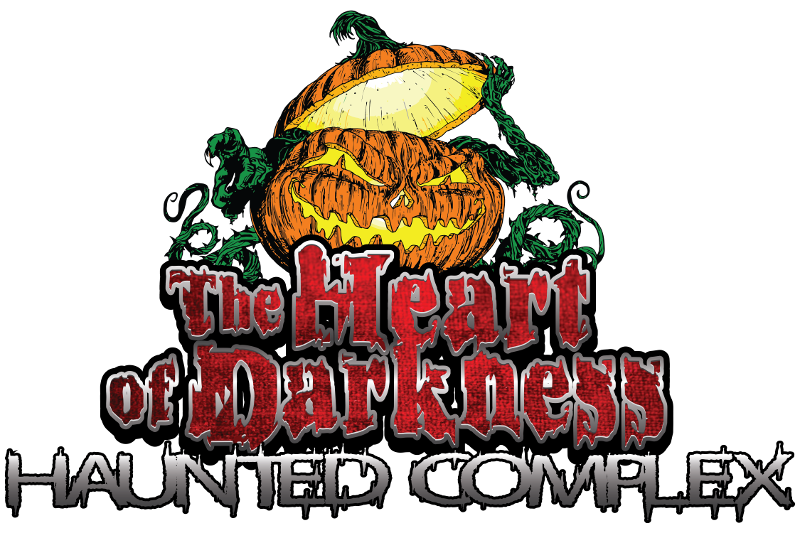 In 2009 Kevin and Dolly Schults, the owners of the Heart of Darkness, were chosen to be featured on Wife Swap. Known as the Halloween Family, this episode demonstrated the obsessive devotion they, and the boo-crew, share in providing the most top-notch haunted attraction in Iowa, The Heart of Darkness.

Deranged clowns, blood covered rooms, flesh-eating zombies - it's just another day in the Schults home. As owners and operators of Iowa's most terrifying haunted house, Kevin (37) and Dolly Schults (35) live for all things Halloween.

Kevin spends all of his time and money building props or intensifying the already terrifying attraction. Dolly happily admits she loves making frightened patrons tremble with fear. With young parents who act like kids, Cody (14) and Cassie (9) have free reign to do whatever they please, including playing gory video games or blowing off their homework. When they aren't running wild, the kids pitch in at the haunted house; Cody (14) works security while Cassie (9) works behind the scenes flipping the switches. For the horror loving Schults, a censored, sheltered life is the most frightening thing imaginable.

Down south in Florida, life revolves around the squeaky clean sport of competitive swimming. Older parents Allen (63) and Christine Smith (54) believe keeping kids busy keeps them out of trouble, so their children, Danielle (17) and Hunter (16), are in the pool twice a day, six days a week, practicing swimming.

Christine helps the kids stick to their demanding schedule by pouring water on Hunter's face to get him out of bed, rushing the kids through meals and timing their showers. In the little free time they do have, Allen and Christine don't even allow the kids to watch TV or surf the Internet. With Danielle and Hunter occupied with wholesome activities, Christine devotes her time to keeping an immaculate home. For the Smith family, life is about strict, old fashioned values and embracing the straight and narrow path to success.

In the first week, free-spirited Dolly leaves behind her house of horrors for the prim and proper Smith home. Upon arrival, she notices the old fashioned TVs and decor and wonders how in touch the parents are with the world today. While patrolling the hallways and making sure the Smith kids are doing their homework, she struggles to embrace Christine's firm nature. She hopes to bond with Danielle and Hunter outside of the home, but when Danielle opts for headphones instead of conversation on the way to swim practice, Dolly wonders if Christine's strictness is driving a wedge between her and the kids.

Meanwhile, in Iowa, conservative Christine finds the spooky Schults home intimidating. Though she takes on Dolly's role of selling tickets to the haunted house and even dons a creepy costume, she deems raising children in a house of terrors irresponsible. After observing Cody's fixation with violent video games and the lack of interest on Kevin's part in attending Cassie's ballet class, she worries the Schults' anything goes attitude is setting their kids up for failure.

In the second week of the swap, when the wives change the rules and turn the tables, Dolly Schults bans all structure and swimming from the Smith home. Although the kids are thrilled with their first dose of freedom, Allen has difficulty accepting Dolly's relaxed rules. She eventually convinces him to swap his suit and tie for a spooky costume and transforms the serious Smiths into the "Smith Family Boo Crew." After goofing off with his kids and howling at the moon like a werewolf, Allen begins to question if their overbearing parenting style has been too much for his kids.

Meanwhile, in Iowa, Christine Smith shuts down the haunted house, much to Kevin's dismay. Instead of focusing on the ghouls and ghosts, Christine asks Kevin to take his kids to swim class. Kevin struggles with Christine's idea of being a perfect parent, but after watching the joy on Cassie's face, he begins to think twice.

After two weeks in another home, can Dolly Schults help the Smiths get back in touch with their kids? And can Christine Smith help the Schults realize Halloween should never come before time with your family?